Cool predictions for a new standard

After years of discussion, the wind energy industry will soon have its first major updates to international design standards for cold climates. The first committee draft is being compiled now.

– We hope to have a first committee draft ready for national voting by the end of 2014 and be able to release a new edition of the standard in 2016, says Ville Lehtomäki, research scientist at VTT, Finland and Coordinator of the Cold Climate sub-committee that is part of an international task group responsible for reviewing the current turbine design standard. 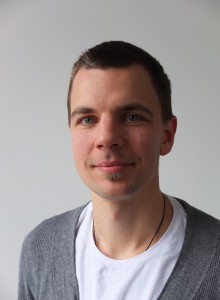 The standard addresses the structural safety of all subsystems of the wind turbine such as control and protection mechanisms, internal electrical systems, mechanical systems and support structures.

The first version of the IEC-standard was put together in the 1990’s. The current version is from 2005, with some minor updates from 2010.

– Our proposed cold climate updates will be a huge step forward when it comes to turbine design and structural safety in cold climates.

The previous work of international expert group Task 19 focusing on cold climate wind energy issues was extremely useful in many parts of the new proposed standard.

In the new edition of IEC 61400-1 there is proposed about ten pages dedicated to cold climate issues from basic low temperature and icing definitions to specific structural design considerations, new iced turbine design load cases, sub-component system design and ice assessment recommendations. Based on the extensive updates, a cold climate class turbine is proposed to boost transparency and clarity between turbine manufacturers and other stakeholders.

One of the main concerns when operating a turbine in cold climate is ice.

While developing the new edition of the standard, the Cold Climate sub-committee reviewed findings from two test cases regarding iced turbine vibrations, one in Sweden and one in Canada.

Even though the climates at the two testing sites differ, the general finding was that the ice mass build-up on the blades was not as large as expected. It was also found that the aerodynamic penalty effects of icing are very important to take into account in turbine design.

So far the findings have also shown that the vibrations are creating more vibrations on the towers than on individual blades.

– But even small amounts of ice will make the blades less efficient and decrease the output power of the turbine, says Lehtomäki.

Once the build-up of ice for a modern, over 70 meter rotor diameter turbine reaches several hundred kilos per blade, the turbine will stop.

One of the largest challenges for the industry is that icing severity varies significantly from one year to another. While average wind conditions can vary as much as plus/minus 15 percent from one year to the next, icing can have a 200 percent yearly variation.

– To get the minimum requirements for a turbine in cold climate doesn’t just increase turbine structural safety, it also significantly lowers the business uncertainty, says Lehtomäki.

« Coming up soon: Winterwind 2015
A NEW WEBSITE FOR WINTERWIND 2015 WILL BE LAUNCHED THIS WEEK! »